Airsoft vs Paintball – A complete guide

Before you begin anything you should know that airsoft is often times a more professional, formal sport where the people involved like to train, dress up and look as realistic as possible. On the other hand, paintball is a type of informal game to play with your friends every now and then without any special training or preparations. In a nutshell, paintball is accessible for everyone, airsoft is not.

Which is more painful, airsoft or paintball?

By far, the most painful of the two is paintball. While this might be a turn down for some people who want to begin practicing paintball, I’d like to say that the adrenaline rush caused by the fear of the paintballs hitting you is often more enjoyable than airsoft. So you shouldn’t judge this only based on the pain caused. Some say that airsoft hurts more and that what I said is just a myth. Although the majority of players who practiced both airsoft and paintball seem to agree that paintball hurts much more than airsoft. 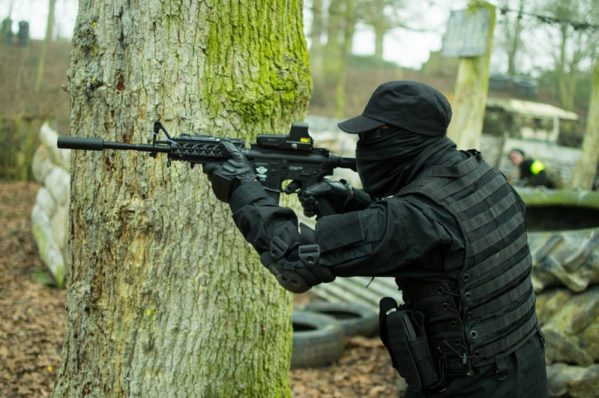 Which is more fun to play, airsoft or paintball?

This is obviously a very subjective topic. In my opinion, paintball is more fun to play than airsoft because of the adrenaline created by the pain caused by paintballs. Although this is not the only reason I consider paintball more fun. The less formal style of paintball makes it better for you to enjoy your time playing and less concentrating on aspects like clothing, looks and other things required more or less by airsoft. Again, some might consider airsoft more fun, because this is much more a matter of taste than arguments. Airsoft fans will try to convince you airsoft is the way to go and paintball fans will do the opposite. If you are new to the world of paintball and airsoft then read as much as you have to about both sports and decide based solely on your taste, not on the opinions of others.

Which guns have better accuracy and range, airsoft or paintball guns?

Here the winner between the two is definitely airsoft. Since airsoft guns are designed to replicate as better as possible the real guns, they are significantly more accurate and reach farther distances than paintball guns. An obvious reason why paintball guns are less accurate is the size and weight of the paintballs. They are bigger and heavier so the friction with the air has a great impact on the distance they travel.

Airsoft vs Paintball which one do I prefer

Airsoft. I prefer airsoft. Even if I like paintball as well, airsoft is my current love and will probably be for a long time from now. The reasons I like airsoft more are not in any way related to arguments, it’s just that I feel in my element when playing airsoft. As a kid, I played a lot of warfare type games and I think this heavily influences my preferences.

If you want to know about airsoft or paintball in more detail check out my other articles: What is Airsoft? and What is Paintball?